Walking can be the best way of exploring London’s secrets and it doesn’t have to be strenuous. You could chose to visit the site of the Roman Arena where gladiators fought or find out where John Logie Baird first produced a television image.

The characters you meet on the range of walks available include household names like Winston Churchill, Nelson Mandela, Casanova, Captain Kidd and Jack the Ripper, the list is endless.

Whether it’s the buildings, the locations or the people they all come with an interesting past full of anecdotes. It is difficult to do the diversity London has to offer in such a summary but rest assured there genuinely is something for everybody. Whether it’s the past, the present, the people or the places there is much to educate and entertain

Walking tours generally last about 2 hours but can be tailored to be shorter or longer as you wish, they all start and end near a tube station. 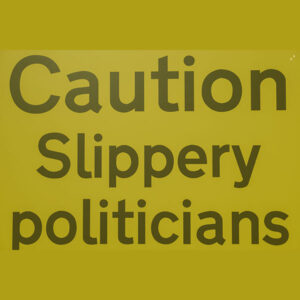 Start at Piccadilly Circus and take in some of London’s best-known landmarks as well as some of its’ more surprising. There are more surprises than you might think in an area we feel we know quite well. Mysterious noses, statues and pelicans compliment stories that bring the City of Westminster to life. It is after all home to the mother of all parliaments and our monarch. 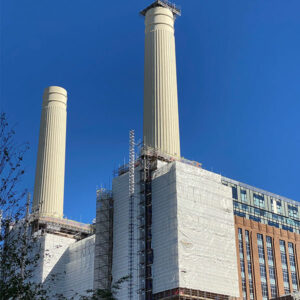 Some say Battersea has more than its fair share of ugly buildings but like them or hate them you just can’t ignore Terry Farrell’s MI6 or Donald’s US Embassy. Neither can you ignore the rebirth of Battersea Power Station, initially opposed by the Archbishop of Canterbury and encouraged to become a bigger polluter during WW II it is now undergoing a well-earned renaissance. Phase one of seven is complete. Exciting times. 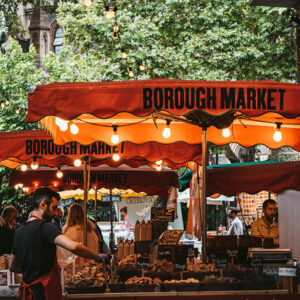 Charles Dickens, Keats, a Coaching Inn and an Operating Theatre that predates anaesthetics. So something for everyone. We will see part of the debtor’s prison that accommodated Dickens father and the graveyard that accommodated the prostitutes that worked in the Bishop of Winchester’s brothels.. If that is not enough we also have the Boot and Flogger and no it’s not an accessory from a dodgy magazine! 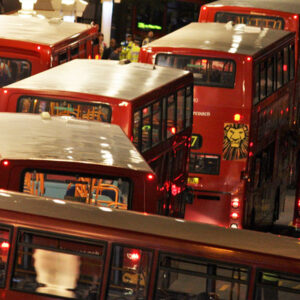 Proud of its heritage as home to Royal Doulton pottery and Vauxhall cars and now justifiably proud of its present-day Community Gardens and zoo!. It has its “quirky” side too with the Garden Museum in an old church and an art gallery in an old theatre workshop, converted by Damian Hirst to house his personal artwork. Even the café in the gallery is likely to leave you speechless with its Damian Hirst medicine cabinets a throwback to some of his early work. Then to round things off we have the infamous Vauxhall Pleasure Gardens and Jeffrey Archer’s city pad. 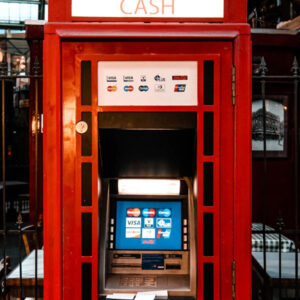 Spitalfields and immigration have been bedfellows for a long time with Jews, Huguenots and more recently Bangladeshis. This rich and intriguing past is supplemented by Dirty Dick and Jack the Ripper. Dirty Dick may be new to you but is said to have inspired the figure of Miss Haversham in Great Expectations. Two of London’s biggest markets, amazing street art, evocative narrow passageways and a church designed to create a sense of awe all help make this a much sought after destination. 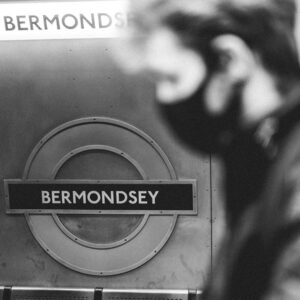 An increasingly fashionable, but relatively unknown, area with a rich and interesting past. Fashion, art, Dickens, Brunel and a pub where you can buy American stamps, surely something for everybody. Most of the walk follows the Thames, passing rather attractive houseboats and the rather less attractive but somewhat essential super sewer. Variety away from the hustle and bustle. Not to be missed!! 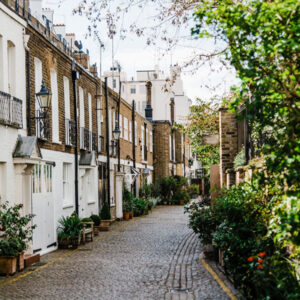 I expected lots of wealth but I didn’t expect some of this. A rock guitarist and classical composer living next door to each other separated by just 210 years. The curtains chosen to decorate Jimi Hendrix’s flat came from John Lewis, surely that must be unexpected. As would a nightingale singing in Berkeley Square. Johnny Depp having hair cutting instruction here seemed somewhat unexpected until you recall he did play the demon barber! Unexpected it starts and unexpected it stays. 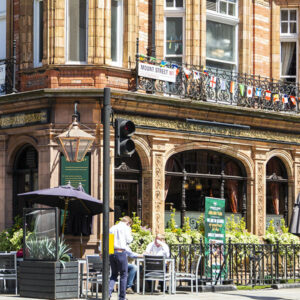 Well, it surprised me!! Whether it was stumbling on Gardens you wouldn’t expect, or discovering an unusual purpose for a lamppost, this part of Mayfair doesn’t disappoint. Keith Moon, remember him? Lived and died here as did Mama Cass who surprisingly died in exactly the same apartment as Keith. On a lighter but no less surprising note, have a look at the facade of one of London’s disused underground stations used by Winston Churchill in the early days of the Second World War. The surprises continue!

Greenwich Past and Present 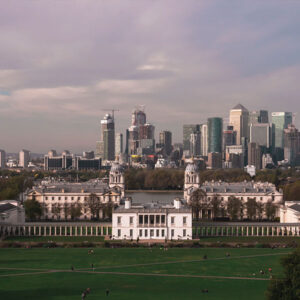 Full of history, tourist attractions and spectacular views. Learn a little about why the Cutty Sark did not last long as a tea clipper, see one of London’s “hidden gems” and  hear about the cricket match of the one legged versus the one armed. It all happened in Greenwich as did Henry VIII’s dramatic change of character, he was once fun loving apparently! I will take you off the beaten track and leave you in striking distance of interesting pubs and one of London’s oldest pie and mash establishments (with or without the eels!)

Fleet Street and Smithfield: An Experience! 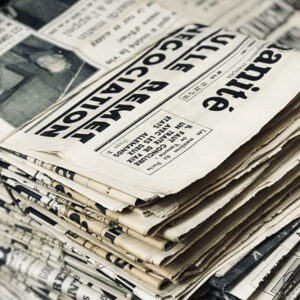 Famous as the Street of ink but more than just a connection to newspapers; we have the Demon Barber, the watering hole of Samuel Johnson who was to say “a man tired of London is tired of life” and of course a church that modelled the famous tiered wedding cake. A little further on and we visit the “bloodiest” spot in London, Smithfield. One time slaughterhouse, the execution site of Protestants and where Braveheart William Wallace was hung drawn and quartered. For those with an interest in Sherlock Holmes, you won’t be left out. 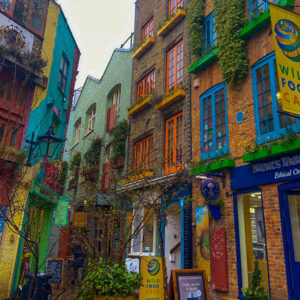 Not just tourists and the Royal Opera House. An area full of surprises with connections to Lawrence of Arabia, Jane Austen, The Masons and the Bow Street Runners. If that’s not enough wouldn’t you like to know what a Kate Middleton is and where Jeremy Paxman was black balled. We finish in Tin Pan Alley so maybe your last chance to see where the Rolling Stones recorded their first two albums before it all gets redeveloped.

One of the last villages in London with a colourful and somewhat seedy past. We will meet “Private Eye”, Casanova, Karl Marx and watch the amazing animated mural near Carnaby Street. We will also be visiting some of those “Quirky” noses of Soho and the home of an “artist” who had himself sacrificed on the cross. Soho may be many things but the one thing it is not is Boring! 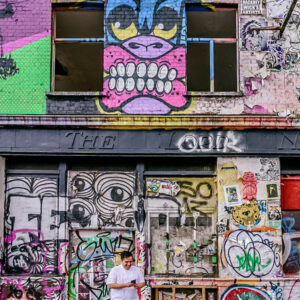 A part of London not familiar to everybody but rich in diversity, an area of contrasts. We have Jack the Ripper and the Krays at one end and charities like the Salvation Army and heart-rending stories like The Elephant Man at the other end. An area of London that has hosted many immigrant communities, Jews, Huguenots, Irish, Germans and now an area officially christened Banglatown. 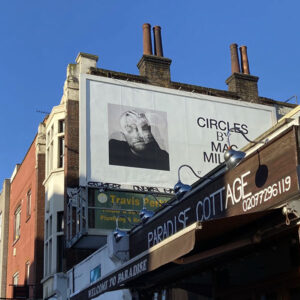 It’s 1888, it’s cold, it’s misty and Jack is loose in the East End of London. Five savage murders in the space of just 70 days leaving five badly mutilated bodies, a terrorised population and a string of suspects, but Jack was never caught!!! Jack the Ripper remains a mystery. Join me on a walk through some of Jack’s old haunts in Whitechapel, see where the atrocities took place and make up your own mind about who did it and why??

Take a Walk on the Wild Side 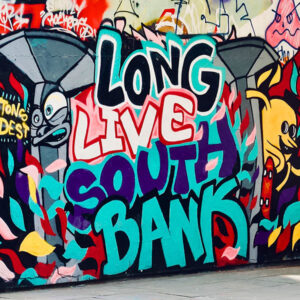 There was a time when a visit to the Southbank would have meant, drinking, bear-baiting or worse but now….enjoy the river, wonder at the ever-changing skyline and connect with a part of London’s less savoury past.  Shakespeare, Drake, Nelson Mandella, and the Winchester Geese all form part of London’s rich past whereas the Cheesegrater, the Walkie Talkie and the Shard say something of the future. Join me on a tour that connects the old, the new and the curious.

Pubs, Pirates and the occasional celebrity 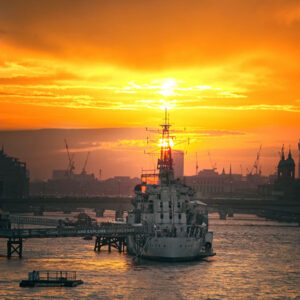 Fancy a walk through a part of London that conjures up visions of Captain Kidd, The Mayflower and for good measure Helen Mirren. Steeped in history with pirates regularly “dancing” on the gallows whilst hanging Judge Jeffreys watches from a safe distance whilst taking a leisurely lunch. We can also grab a bite to eat and take in the views and ambience of some of the best riverside pubs in London, The Town of Ramsgate, the Captain Kidd and the oldest riverside pub in London the Prospect of Whitby. History, celebrities and pubs, does it get any better? 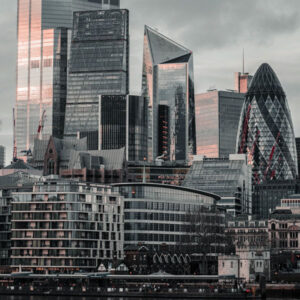 Start at St. Paul’s tube station and take in the magnificence of Sir Christopher Wren’s masterpiece and some of his other city churches alongside a 17th-century gateway used to display traitors’ heads. We will also see the academy where they trained James Bond and Obi-Wan Kenobi and a visit to the city wouldn’t be complete without going to the Bank of England and hearing stories about bankers past and present. In between, we will connect with other famous figures like Winston Churchill, William Shakespeare and the infamous Hanging Judge Jeffreys. Get in touch 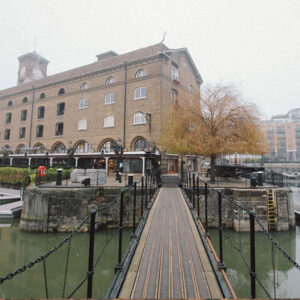 Once a commercial failure now a commercial success. Nestling next to the Tower of London St. Kathryn’s dock is a remnant of our once-great maritime past with connections to Shackleton, Churchill and Thomas Telford. Stories of times past where the wheel workers, jiggers and truckers used to work the docks and with modern-day connections to the Royal Jordanian family and Bill Gates. St. Kathryn’s dock of today is a thriving marina with a selection of pubs, restaurants, apartments and a fantastic view over London’s ever-changing skyline. 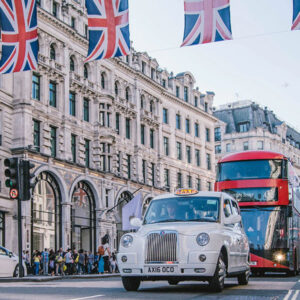 Take just a few short steps from the hurly-burly of Fleet Street and find yourself in the calm and tranquil grounds of the Inner and Middle Temples where warrior monks have been replaced by warriors of a different sort, barristers. Love them or loathe them you certainly can’t ignore them. Pass the chambers once occupied by Hanging Judge Jeffreys of the “Bloody Assizes” and those occupied by modern-day warrior monks like Lord Goldsmith and Tony Blair.

The buildings take us back to a time when Richard the Lionheart was leading crusades against the “infidels” and where some Knights remain “at rest” awaiting a further call to arms. You may recall this church featuring in the film the Da Vinci code? There are connections to court reporter Charles Dickens and a failed lawyer namely W.S. Gilbert of Gilbert and Sullivan fame. Then with one short bound, we are in the Royal Courts of Justice where modern-day battles take place over topics like The Dale Farm Travellers, Phone Hacking and Rio Ferdinand’s super injunction!! 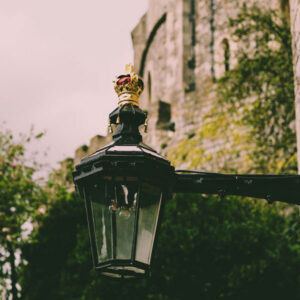 The Queen’s weekend retreat and the oldest continuously occupied castle in the world. Its majestic position above the towns of Windsor and Eton makes it seem both invincible and intimidating at the same time, something the Normans set out to achieve when it was built 1000 years ago. This is where King Henry VIII is buried alongside the only monarch who was to lose his head whilst on the throne, Charles I.